The band comments:
“The second single of the album, Trapped, is punchy and energetic. To counterbalance the first single, The Queen, Trapped is serving rough and gripping rock’n’roll polka. The light melody and gruff lyrics of the chorus are an ironic combination. The song is a declaration of revenge, or a middle finger with a guitar solo to those committing violence! ”

Lost Division is founded in Oulu, Finland back in 2015. Their first single release Wish You Were Dead was released in 2018 by Inverse Records. In 2019 their singer changed and they started to compose material for the upcoming debut album which was recorded in 2020. The album is recorded at Liiteri Sudios and it is mixed by Mika Lammassaari at Demolition Center Studios. Mastering is handled by Stefan Pommerin at Illusia Productions.

Watch music video from the first single The Queen: 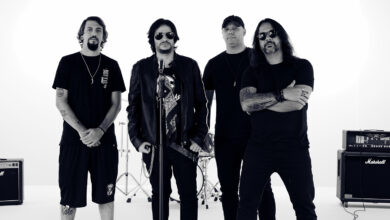