The Brazilian band Mars Addict released Lamecoaster, their debut album, in April 2020. The album received a positive reception in Brazil, Argentina, Chile, Spain, Serbia and Australia, with wide press coverage, positive reviews and radio plays. In order to celebrate this, the band released UNPLUGGED NOISE on October 30, 2020. I’m Not Ok and the title track Lamecoaster get an acoustic approach which highlights in both cases the strength of the melody, one of the main characteristics of the Mars Addict’s first album.
Credits: 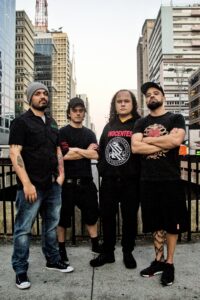 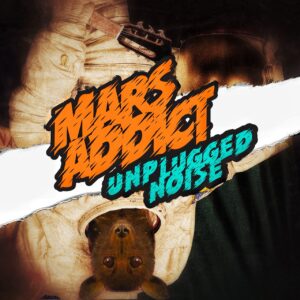 More on Lamecoaster, the album where the songs in Unplugged Noise are from:
Lamecoaster features ten tracks that range from the 60s dance rhythm, such as Scared 2 and Snowboarding With My Dealer, to hardcore One Heartbeat, a hymn for unity and tolerance. The weight appears on the soundtrack of the zombie apocalypse Chainsaw Hedgemaze Mayhem. There is still room for feelings, be it homesickness (Back to School), homesickness for those who are gone (In My Head), love when it is at its peak (Chibi and Not Your Song) and when it is at the end, as in title track and the already classic I’m Not Ok. The difference in rhythms and themes makes the songs complement each other and protect the listener from boredom.

METAL DETEKTOR - The Battle of Daytona