Logic Il Logic Records & Burning Minds Music Group are proud to announce the signing of Italian progsters, Wine Guardian, for the release of their new official studio album, “Timescape“. Wine Guardian were formed in 2008 by Lorenzo Parigi (Lead Vocals, Guitar), Stefano Capitani (Bass, Backing Vocals) and Davide Sgarbi (Drums, Backing Vocals), with the aim of proposing a powerful mixture of classic heavy metal music. After the release of debut EP “Fool’s Paradise” in 2014, the band members started a more focused research on their artistic backgrounds, exploring the more complex sound of other music legends just like Queensrÿche, Savatage and Fates Warning. The result was their 2017 full-length album “Onirica“, once again self-released.

This new artistic approach increased the interest around the three-pieces combo (especially by specialized media of rock/metal music), taking the trio to be included in the book “Metal Progressive Italiano” by Massimo Salari (published by Arcana Edizioni), mentioned as one of the most interesting Italian prog bands of the latest years. In the meanwhile the band never stopped to evolve itself thanks to an endless artistic research, this time oriented toward more modern progressive acts just like Opeth and Porcupine Tree.

Wine Guardian are currently busy in the making of their new official studio album, “Timescape“. Recordings are taking place, under the technical supervision of skilled sound engineer Andrea Seveso, in the renowned Ivorytears Music Works studio (Somma Lombardo – Italy), the home of some of the most acclaimed rock/metal releases of the recent years (including legends like Jorn & Hardline). Further info about album’s tracklist, release date and cover artwork will follow in the forthcoming weeks.

2 Wolves released a new single and music video Towards Nothing 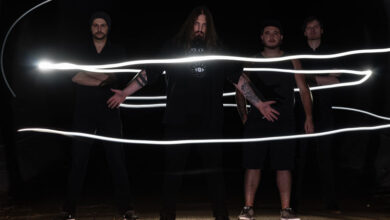 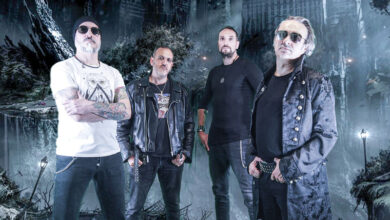